Don't Bet The Farm! How Insurance Protects Your Livelihood Against Risks And Losses

Farmers put their all into their livelihoods and their farms. Every year is a new experience in gain and loss, with gains in crops, losses in crops, gains in livestock, and losses in the baby animals that were expected from that livestock. There are tons of risks involved with farming too, and you never quite know what is going to happen. Here are some of the more unusual coverages with farm insurance to protect your farm and your job against risks and losses.

Some farmers will occasionally expand their crops, planting extra fields to maximize profits and/or selling the extra harvest to companies or other farmers. It is a major risk, especially since standard farm insurance does not cover crops, and any crops lost cannot be recovered. Promised crops to other farmers or companies asking for the corn or grain to make other products have to come first, and the farmer is usually left with almost nothing for his/her own livestock when crops are lost.

To take this risk requires additional coverage under crop insurance, which reimburses the farmer for all of the crops lost. Then the crops that remain and are paid out to the other farmers and companies are not such a hardship on the farmer. He/she can purchase what he/she needs to feed his/her own livestock from the crop insurance claim.

New agro-technology is always a risk. Farmers want to go high-tech to increase their production of crops, cattle, livestock for human food, etc. However, new technology is often tested in the field, so to speak, and not in a lab before it is implemented. Some examples include new milking barn tech that milks numerous cows all at once or birthing pens in the birthing barn that prevent cows and other female animals from laying down and not being able to get back up again. (Downed animals are often referred to as dead animals because the weight of their bodies cuts off circulation to their legs and internal organs.)

Agro-tech could cause the loss of livestock, sources of food for livestock, sources of food for humans, etc., and those financial losses are not covered under farm insurance when new, and previously untested technology was used and resulted in your losses. If you want to use new farm technology, consider purchasing special insurance that will cover this risk just in case the technology you are testing out fails and causes losses. Then your losses are covered, and you can choose to scrap the new technology or move on to something hopefully better. 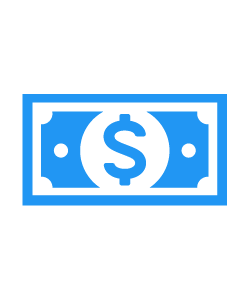